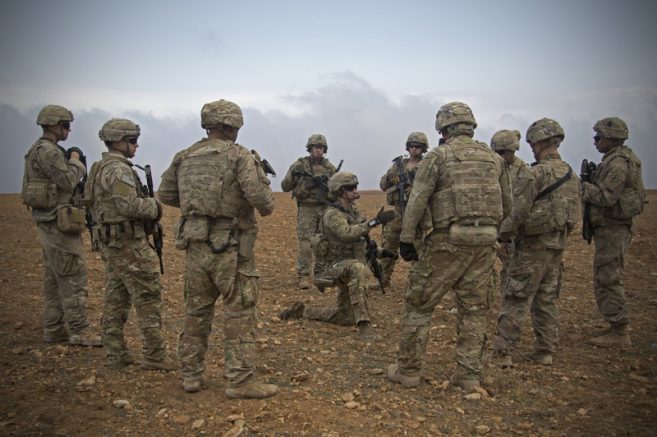 The Department of Defense is preparing for the largest military drills held in Europe in 25 years. While speaking in Berlin Tuesday, U.S. Gen. Andrew Rohling said the joint U.S.-NATO exercise will involve 20,000 American troops.

The U.S. official said NATO will test its ability to deploy a massive force of personnel and equipment to repel a potential invasion of the European continent. According to German officials, the drills come in response to emerging new challenges, but are not aimed against Russia.

“It’s not just about military readiness and military capabilities…the ports we’re coming into in Europe are civilian ports, so we will receive support and capabilities from the civilian ports,” he stated. “We’re using the Deutsche Bahn as our main rail source across Germany, again, a civilian agency.” 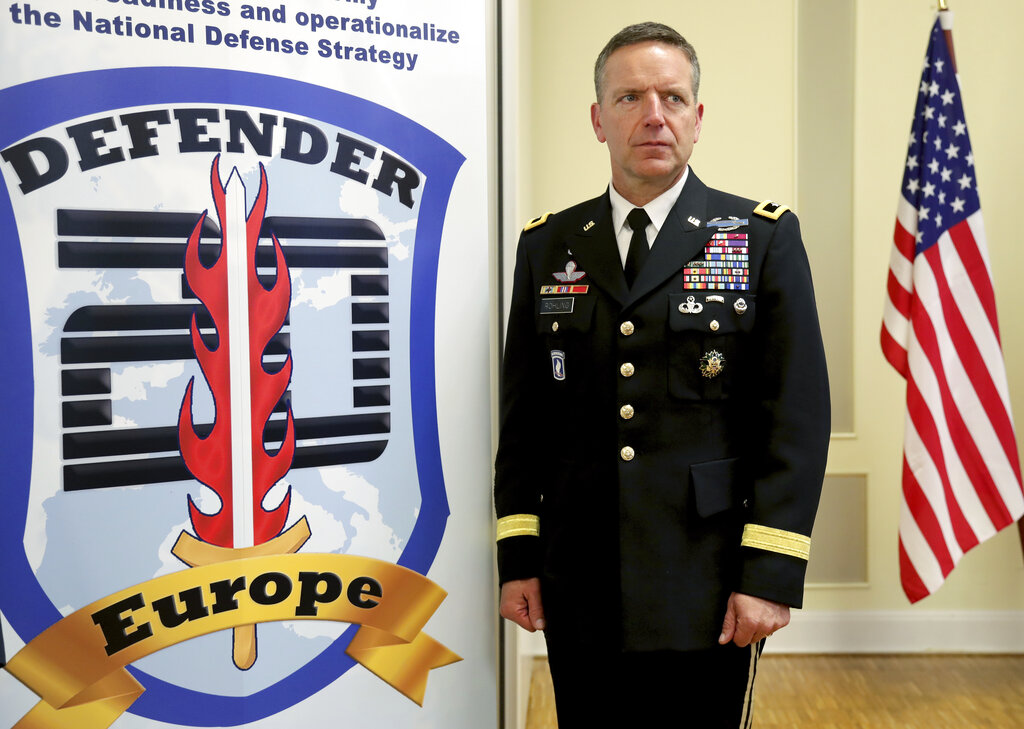 U.S. Army Europe Deputy Commanding General Andrew M. Rohling poses for the media in front of a logo after a press conference in Berlin, Germany, Tuesday, Jan. 14, 2020 on the ‘Defender 2020’ military exercise. About 20.000 US soldiers will take part in the exercise between February and Mai 2020 in Germany, Poland and Lithuania. (AP Photo/Michael Sohn)

German officials said the drills will test their ability to use dual-purpose infrastructure in case of an emergency. The joint exercise will start in late February and extend into March.

RELATED: Dutch And German Shipyards To Build Warships For Germany Worth $6 Billion