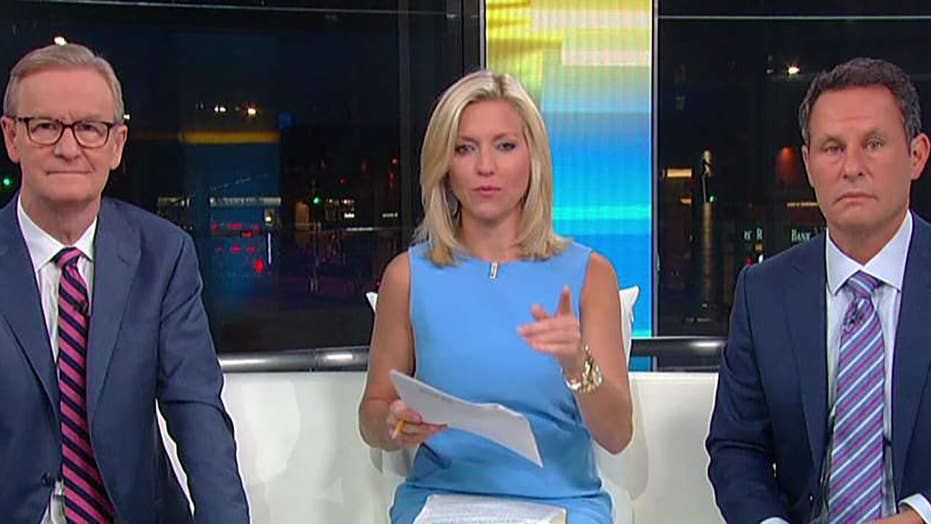 Mueller wanted FBI director job when he met with Trump in 2017, officials say

Robert Mueller is under new scrutiny over political conflicts of interest as special counsel.

President Trump insisted Wednesday that Robert Mueller "absolutely wanted" to be chosen as FBI director when the two met in May 2017 after the firing of then-FBI director James Comey — a claim Mueller denied under oath during congressional testimony this summer.

“He absolutely wanted to be FBI director and I said no,” Trump told a group of reporters at the White House. “Robert Mueller wanted the job to be director and I very nicely turned him down.”

The president’s comments come a day after Fox News cited administration sources in reporting that Mueller was pursuing the FBI director job when he met with Trump. It also follows the release of emails through a Freedom of Information Act request by the conservative group Judicial Watch that seemed to indicate Mueller knew there was a real possibility he could be named special counsel if he wasn’t chosen as the next FBI director.

“The boss and his staff do not know about our discussions,” then-Deputy Attorney General Rod Rosenstein said in an email to Mueller on May 12, 2017. Rosenstein’s boss was then-Attorney General Jeff Sessions, who had recused himself from the Russia probe, meaning the president would not have known either.

A source close to Rosenstein confirmed to Fox News that he had confidential conversations with Mueller about whether he would be willing to serve in the event he needed to appoint a special counsel. These conversations began on May 12, 2017, prior to Mueller's meeting with the president on May 16, 2017, the source acknowledged.

At the time of the now-famous May 16, 2017 meeting, Comey had been fired as FBI director just days before and — unbeknownst to the president — Mueller would end up being named special counsel the very next day to oversee the Trump-Russia probe.

The president has repeatedly claimed that Mueller – who served as FBI director under Presidents George W. Bush and Barack Obama – met with him about returning to lead the Justice Department. The president has pointed to this to argue it was a conflict for Mueller to become special counsel, saying he opted against hiring Mueller as FBI director.

But Mueller, in his July congressional testimony, denied the claim, saying he believed he was giving “input” to the president about the position.

“My understanding was I was not applying for the job,” Mueller said on July 24. “I was asked to give my input on what it would take to do the job.”