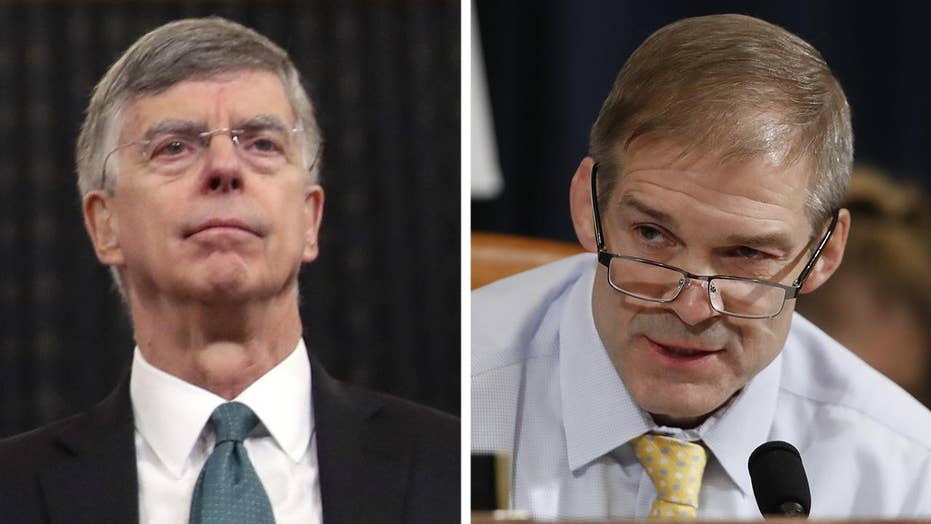 Ohio Congressman Jim Jordan, Republican member of the House Intelligence Committee, presses Acting U.S. Ambassador to Ukraine William Taylor over how he formed his 'clear understanding' of linkage between U.S. aid to Ukraine and an investigation of the Bidens.

Republican Rep. Jim Jordan led some of the toughest questioning during Wednesday's impeachment hearing, challenging Ukraine ambassador William Taylor over his claims that he understood President Trump to be holding up aid and more as he sought to pressure Ukrainian President Volodymyr Zelensky to announce a Biden-related probe.

Taylor has said he had a "clear" understanding that the release of aid to Ukraine was linked to a request for investigations of former Vice President Joe Biden and his son, Hunter, and Burisma Holdings, a Ukrainian energy company that counted the younger Biden as a board member. Jordan brought up three meetings that Taylor had with Zelensky between the time the aid was delayed and eventually released, and Taylor confirmed that "there was not discussion of linkage" during any of them.

"Now, with all due respect, Ambassador, your clear understanding was obviously wrong," Jordan said, noting that Zelensky also never made any announcement of an investigation prior to Trump releasing the aid on Sept. 11, 2019.

Taylor then gave a further explanation of what his "clear understanding" was based on.

"As I testified, Mr. Jordan, this came from Ambassador [Gordon] Sondland,” Taylor said, recalling that Sondland told him that he said to Zelensky, "that while this was not a quid pro quo, if Mr. Zelensky did not clear things up in public, we would be at a stalemate.”

Taylor also referred to how Sondland "told me that it was a mistake to have told the Ukrainians that only the meeting with the president in the Oval Office was held up in order to get these investigations. No, it was not just the meeting, it was also the security assistance."

Jordan, who was only recently added to the House Intelligence Committee that is holding the hearing, pointed to an addendum to Sondland's closed-door testimony, in which he discussed how Taylor recalled that he mentioned a linkage between the investigation and the release of aid to Ukraine.

“We got six people having four conversations in one sentence, and you just told me this is where you got your clear understanding,” Jordan said. "And you're their star witness."

Trump campaign press secretary Kayleigh McEnany seized on the moment, using it to argue against Taylor's understanding of social media.

Sondland responded "that I don’t consider myself a star witness or anything," and that "my understanding is only coming from people that I talked to."

He explained that the confusing nature of Sondland's clarification was "because he said he didn't remember this," but Taylor believes that Sondland's recollection is similar to his own.

"The way I read this, he remembers it the same way I do," Taylor said. 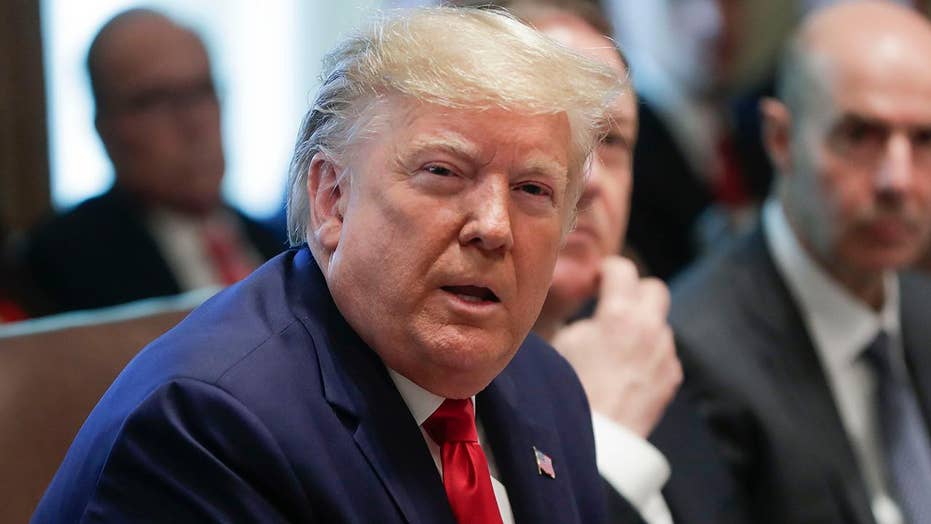 Democrat lawmakers are calling out the president for using the word 'lynching' in a tweet critical of Democrats' impeachment inquiry; John Roberts reports from the White House.

Senate Majority Leader Mitch McConnell on Tuesday called President Trump's use of the word "lynching" to describe the House impeachment investigation "unfortunate," even as some Republicans have accused their Democratic colleagues of flagrant hypocrisy on the issue.

In a tweet Tuesday, Trump compared the House impeachment inquiry into his dealings with Ukraine to "a lynching," essentially likening the horrors of a deadly and racist chapter in U.S. history to a process laid out in the Constitution.

The president added: "All Republicans must remember what they are witnessing here – a lynching."

His words have brought bipartisan condemnation. McConnell, speaking to reporters, said "that was an unfortunate choice of words."

McConnell added: "Given the history in our country, I would not compare this to a lynching."

The quote from Nadler read: "I am the president’s defender in the sense that I haven’t seen anything yet that would rise, in my opinion, to the level of impeachable offense. … I wish we could get this over with quickly. … In pushing the process, in pushing the arguments of fairness and due process the Republicans so far have been running a lynch mob."

This time around, however, Democrats have sounded a sterner tone. 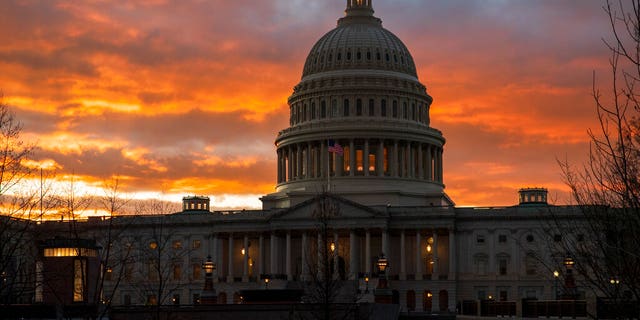 "That is one word no president ought to apply to himself," said South Carolina Democratic Rep. James Clyburn, the highest-ranking African American in Congress. "That is a word that we ought to be very, very careful about using."

Rep. Bobby Rush, D-Ill., who is also black, called on Trump to delete his tweet.

"This is a lynching in every sense."

Sen. Doug Jones, D-Ala., tweeted to Trump: "No sir! No, @realDonaldTrump: this is NOT a lynching, and shame on you for invoking such a horrific act that was used as a weapon to terrorize and murder African Americans."

The New York Times, in a tweet, condemned Trump for "using a term that invokes the decades-long racist history of white mob murders of black people to describe a legal process laid out in the Constitution."

Meanwhile, Republican legislators largely tried to put the focus on what they said was the unfair way in which Democrats are conducting the inquiry.

Sen. Lindsey Graham, R-S.C., said Trump's description was "pretty well accurate." He called the impeachment effort a "sham" and a "joke" because the president does not know the identity of his accuser, and the process is playing out in private.

"This is a lynching in every sense," said Graham, who is close to Trump.

South Carolina GOP Sen. Tim Scott, the Senate's only black Republican, agreed with Trump's sentiment but not his word choice.

"There's no question that the impeachment process is the closest thing (to) a political death row trial, so I get his absolute rejection of the process," Scott said. He added, "I wouldn't use the word lynching."

The Associated Press contributed to this report.

The Israeli government makes a last-minute decision to ban the progressive 'Squad' members from entering Israel ahead of their scheduled visit on Friday; Trey Yingst reports from Jerusalem.

In a surprise move, the American Israel Public Affairs Committee chided the government of Israeli Prime Minister Benjamin Netanyahu for barring two freshman Democratic congresswomen from entering the country ahead of a planned visit.

In a tweet, AIPAC stated that while the organization does not agree with the support Reps. Rashida Tlaib of Michigan and Ilhan Omar of Minnesota have voiced for a Palestinian-led boycott movement – or for Tlaib’s calls for a “one-state solution” to the decades-long conflict between the Israelis and Palestinians – it believes the two lawmakers should be permitted to enter Israel.

“We disagree with Reps. Omar and Tlaib’s support for the anti-Israel and anti-peace BDS movement, along with Rep. Tlaib’s calls for a one-state solution,” AIPAC tweeted on Thursday. “We also believe every member of Congress should be able to visit and experience our democratic ally Israel firsthand.”

The unprecedented move to bar Tlaib and Omar from visiting marks a deep foray by Israel into America's bitterly polarized politics. It came shortly after President Trump tweeted that the Israeli government would "show great weakness" if it allowed the lawmakers into the country. It is also a sharp escalation of Israel's campaign against the international boycott movement.

"They hate Israel & all Jewish people, & there is nothing that can be said or done to change their minds," Trump said before calling the two congresswomen "a disgrace."

In a statement, Netanyahu said Israel is "open to critics and criticism," except for those who advocate boycotts against it.

"Congresswomen Tlaib and Omar are leading activists in promoting the legislation of boycotts against Israel in the American Congress," Netanyahu said. He added that their itinerary "revealed that they planned a visit whose sole objective is to strengthen the boycott against us and deny Israel's legitimacy."

The two newly-elected Muslim members of Congress are outspoken critics of Israel's treatment of the Palestinians. Tlaib's family immigrated to the United States from the West Bank. Israel said it would consider any request from Tlaib to visit relatives on humanitarian grounds.

Israel has sought to combat the BDS movement, which advocates boycotts, divestment and sanctions against Israeli businesses, universities and cultural institutions. The country passed a law permitting a ban on entry to any activist who "knowingly issues a call for boycotting Israel."

The decision to ban the congresswomen could further sharpen divisions among Democrats over the issue of Israel ahead of the 2020 elections. Republicans have amplified the views of left-wing Democrats like Tlaib and Omar to present the party as deeply divided and at odds with Israel. Democratic leaders have pushed back, reiterating the party's strong support for Israel, in part to protect representatives from more conservative districts.

Other American Jewish organizations also have objected to barring the two lawmakers from entering the country. The American Jewish Congress said that despite Omar and Tlaib's planned "propaganda exercise," it believed that "the costs in the U.S. of barring the entry of two members of Congress may prove even higher than the alternative."

Dan Shapiro, U.S. ambassador to Israel under President Barack Obama, said that he knew of "no such precedent" for Israel barring an elected American official from entering the country. He called the government's decision "short-sighted."

"There's no reason to prevent members of Congress, including critical ones, from coming, seeing and learning, offering them every possible briefing," Shapiro said. "By refusing them entry, it will only fuel the very things that Israel claims to be unhappy about" when it comes to calls for boycotts.

The Associated Press contributed to this report.