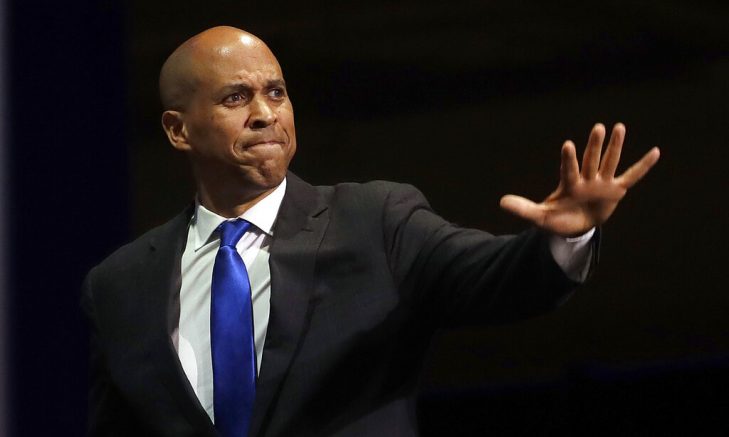 FILE – In this June 1, 2019 file photo, Democratic presidential candidate Sen. Cory Booker, of New Jersey, waves before speaking during the 2019 California Democratic Party State Organizing Convention in San Francisco. Booker has dropped out of the presidential race after failing to qualify for the December primary debate. (AP Photo/Jeff Chiu)

New Jersey Sen. Cory Booker has dropped out of the 2020 race for president. Booker announced his decision Monday in an email to supporters. The Democrat lawmaker said his campaign did not have enough money to continue.

Booker did not qualify for the December or January debates. According to a Real Clear Politics survey, his average national polling numbers were at 1.8 percent.

In a video released Monday, Booker said he will do all he can to support whoever wins the Democrat nomination.

President Trump tweeted about Booker’s decision, where he jokingly said he can now “rest easy” knowing that he won’t have to go head-to-head with the Democrat.