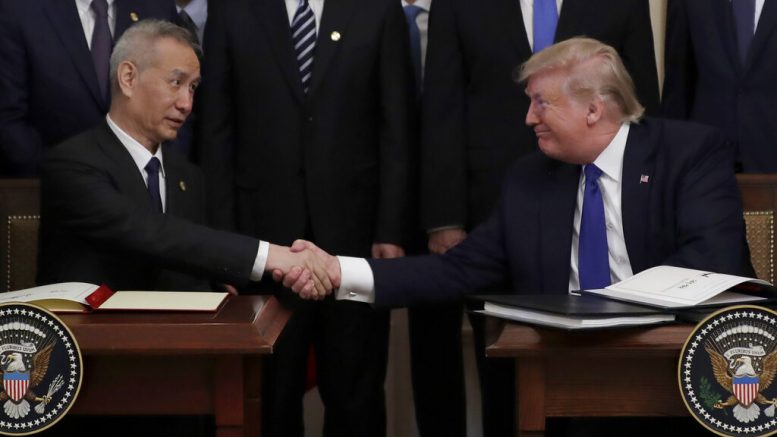 President Trump has officially signed the ‘phase one’ trade deal with China. He held a signing ceremony at the White House Wednesday alongside the Chinese vice premier and top U.S. trade officials.

Part one of the agreement outlines changes China must make to protect intellectual property rights and will end forced technology transfers. Additionally, President Trump said China agreed to increase imports from the U.S. by more than $200 billion over the next two years. The ‘phase one’ agreement also includes $50 billion in agriculture purchases.

U.S.-China Business Council President Craig Allen said both the U.S. and China will benefit from the new trade deal. In a recent interview, he said the agreement’s benefits to both sides gives him hope it will be sustainable and provide a foundation to move forward in the “economic arena.” Allen also said the deal puts a stop to the deterioration of the U.S.-China relationship and is a substantial step forward.

Meanwhile, White House economic adviser Larry Kudlow also touted the benefits of the ‘phase one’ deal. While speaking to reporters Wednesday, he called the agreement “historic.” Kudlow said the U.S. is prepared to take “proportionate actions” if China does not make good on its commitments, which include changing its criminal and civil procedures to strengthen IP protections.

“As a free trader, I agree with him…President Trump’s strategy was exactly right,” he stated. “I think tough tariffs brought him to the negotiating table, I think that tough tariffs hurt their economy and made them much more amenable to a good deal.”

President Trump confirmed ‘phase two’ negotiations will start as soon as ‘phase one’ kicks in and current tariffs will remain until that round is concluded. Kudlow said the outcome of those talks will ultimately depend on the success of ‘phase one.’ 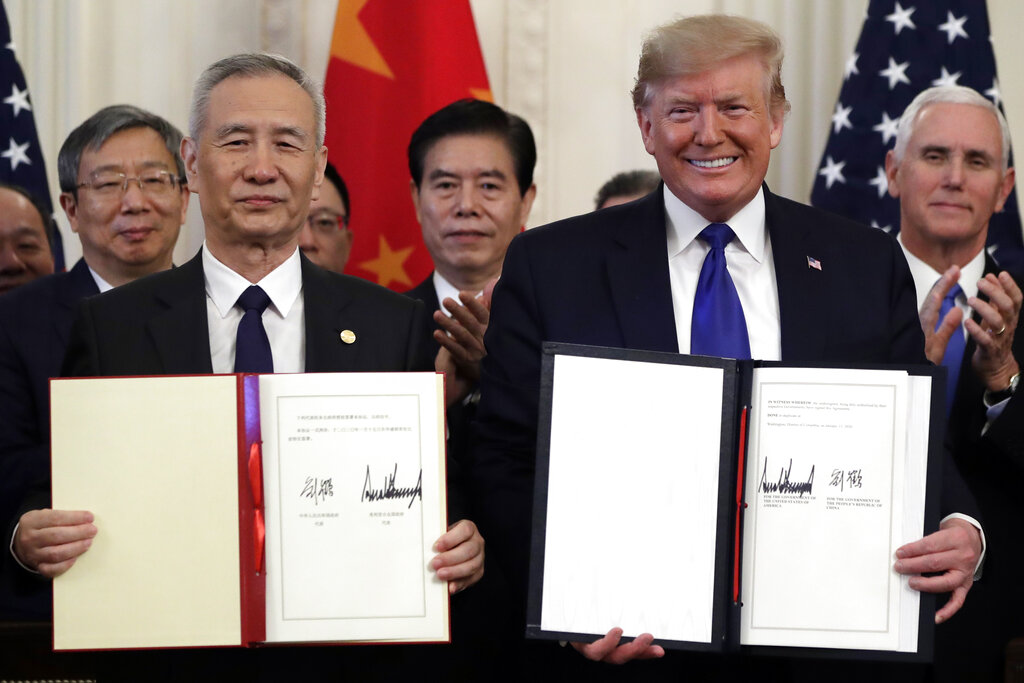