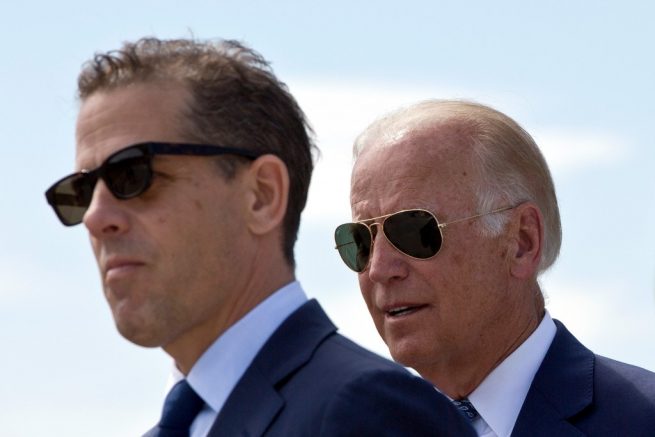 File – Then-Vice President Joe Biden, right, and his son Hunter Biden, left, are pictured at a street dedication ceremony in the village of Sojevo, Kosovo, on Aug. 17, 2016. (AP Photo/Visar Kryeziu)

The government watchdog filed a Freedom of Information request for the Biden-Ukraine’ files back in September, but the State Department said it hasn’t even completed its search for the related records yet.

Judicial Watch has claimed the department is trying to wait until after the impeachment trial to proceed with the request.

“And the Deep State’s approach, the left media complex’ approach is that if the target is someone they like politically, whether it was Hillary in 2016 or Biden this year, they should be immune from scrutiny, ” said Tom Fitton, president of the watchdog group.

Judicial Watch also claimed the State Department is full of anti-Trump bureaucrats and is calling on Secretary of State Mike Pompeo as well as President Trump to authorize the release of the Biden-Ukraine records.