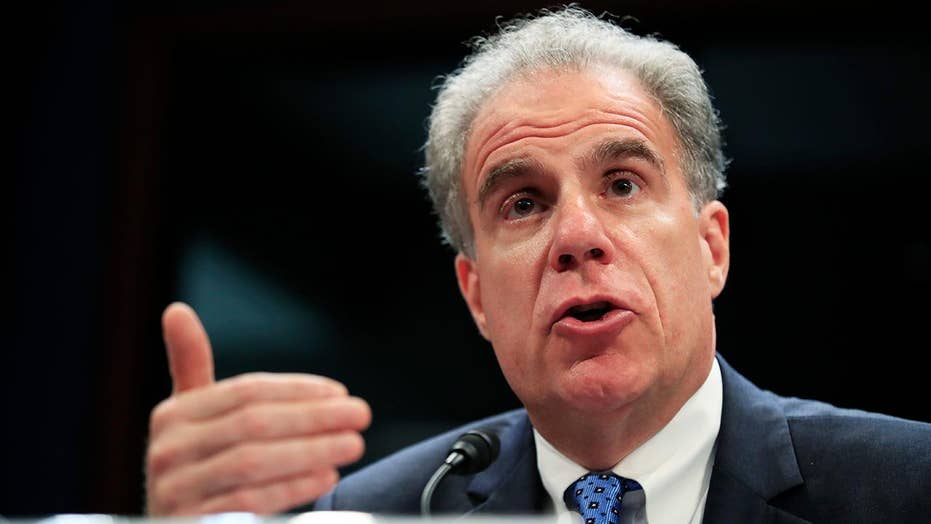 What questions should Inspector General Horowitz be asked about his report?

Justice Department Inspector General Michael Horowitz on Wednesday decried what he called “failure” by the entire “chain of command” involved in the FBI’s initial Trump-Russia investigation, saying in prepared testimony that they made “so many basic and fundamental errors” on “one of the most sensitive FBI investigations.”

Horowitz is slated to appear before the Senate Judiciary Committee Wednesday to testify on his report on the origins of the FBI’s Russia investigation and alleged misconduct related to the Foreign Intelligence Surveillance Act (FISA). He plans to criticize FBI leadership for the “inaccuracies” and “omissions” in their FISA applications for former Trump campaign adviser Carter Page, among other things.

“We are deeply concerned that so many basic and fundamental errors were made by three separate, hand-picked investigative teams; on one of the most sensitive FBI investigations; after the matter had been briefed to the highest levels within the FBI; even though the information sought through the use of FISA authority related so closely to an ongoing presidential campaign; and even though those involved with the investigation knew that their actions were likely to be subjected to close scrutiny,” Horowitz is expected to say in his opening statement before the committee.

“We believe this circumstance reflects a failure not just by those who prepared the FISA applications, but also by the managers and supervisors in the Crossfire Hurricane chain of command, including FBI senior officials who were briefed as the investigation progressed,” he wrote.

Horowitz’s long-awaited report determined that the FBI complied with policies in launching the Trump-Russia investigation, but also flagged “significant concerns with how certain aspects of the investigation were conducted and supervised.” The inspector general said his team has “reviewed over 1 million records and conducted over 100 interviews, including several witnesses who only recently agreed to be interviewed" as part of the nearly two-year-long investigation.

However, the report faulted the FBI for numerous errors in the FISA application process, identifying at least 17 “significant inaccuracies and omissions” in the application and renewals for Page’s FISA warrant. The report said that Page’s FISA application omitted information that the FBI had obtained from another U.S. government agency detailing its prior relationship with Page, including that he had been “approved as an ‘operational contact’ for the other agency from 2008 to 2013.”

The Crossfire Hurricane team also left out Page’s “consensually monitored statements to an FBI” confidential human source saying that he “literally never met” Manafort, as well as Papadopoulos’ monitored statement to the FBI “denying that anyone associated with the Trump campaign was collaborating with Russia or with outside groups like WikiLeaks in the release of emails.”

The report also revealed that the FBI did not have specific information corroborating allegations against Page from the now-infamous dossier authored by ex-British intelligence agent Christopher Steele. The inspector general found that the FBI was unable to “corroborate any of the specific substantive allegations against Carter Page contained in the election reporting and relied on in the FISA applications,” and that they found “as early as January 2017” that there were “potentially serious problems” identified in Steele’s reporting, but that the team continued using his information as a basis for Page’s FISA warrant.

"FBI leadership supported relying on Steele's reporting to seek a FISA order targeting Page after being advised of, and giving consideration to, concerns expressed by a Department attorney that Steele may have been hired by someone associated with a rival candidate or campaign," Horowitz is expected to say in his opening statement. The work was funded by Democrats and the Hillary Clinton campaign.