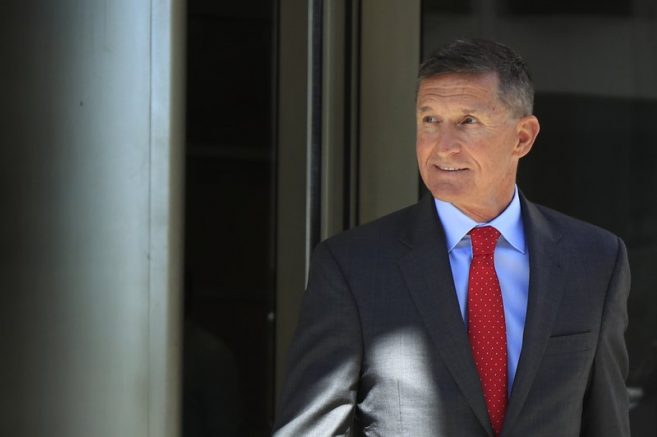 President Trump is lending a helping hand to former National Security adviser Micheal Flynn as his legal battle prepares for new twists and turns. The president re-tweeted a statement by former White House Deputy Sebastian Gorka that was released Tuesday, detailing Flynn’s decision to withdraw his guilty plea in the Mueller investigation.

In his complaint, Flynn’s lawyers argued the general was targeted by “vindictive and unprincipled prosecutors” that engaged in “bad faith” by trying to reverse course on his 2017 plea agreement.

According to the statement, the government reneged on the agreement in 2019 when Flynn said he refused to perjure himself in a separate case involving a former business partner.

Flynn’s team has alleged his refusal to lie led the court to scrap the deal and in essence violate his plea agreement. He was granted a stay in his sentencing on Tuesday, which was initially set for January 28th, to allow time for the change.

Meanwhile, Flynn and his lawyers have set up a fundraising site to help cover his legal costs.