The embarrassing reveal follows an investigation by the Electoral Commission, the supposedly independent elections regulator criticised as “unfit” by Leave campaigners for its links to the European Union and partisan political entities.

The EC launched the investigation in response to consistent lobbying by Remain holdouts such as Ben Bradshaw MP — who believes it is “probable” that Russia-based “hackers” swung the referendum — and Guardian/Observer journalist Carole Cadwalladr — who received a British Journalism Award just days ago for an “investigation” into “Russia’s influence on the Brexit referendum” just days ago. 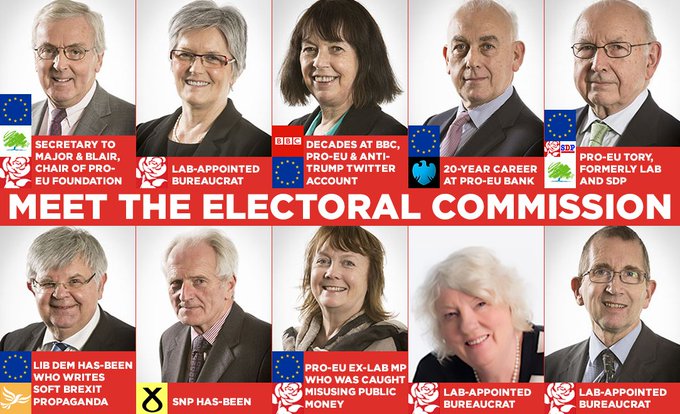 “We strongly support the [Electoral] Commission’s efforts to regulate and enforce political campaign finance rules in the United Kingdom, and we take the Commission’s request very seriously,” Facebook wrote in a letter seen by the Telegraph.

“Further to your request, we have examined whether any of the identified Internet Research Agency (IRA) pages or account profiles funded advertisements to audiences in the United Kingdom during the regulated period for the EU Referendum.

“We have determined that these accounts associated with the IRA spent a small amount of money ($0.97) on advertisements that delivered to UK audiences during that time.

“This amount resulted in three advertisements (each of which were also targeted to US audiences and concerned immigration, not the EU referendum) delivering approximately 200 impressions to UK viewers over four days in May 2016.”

The Internet Research Agency is an alleged “troll farm” accused of being a Russian government front, tasked with spreading the unfavourable news stories and online memes which left-liberals reeling from the Brexit vote in the UK and the election of Donald Trump in the U.S. blame for their ballot box failures. 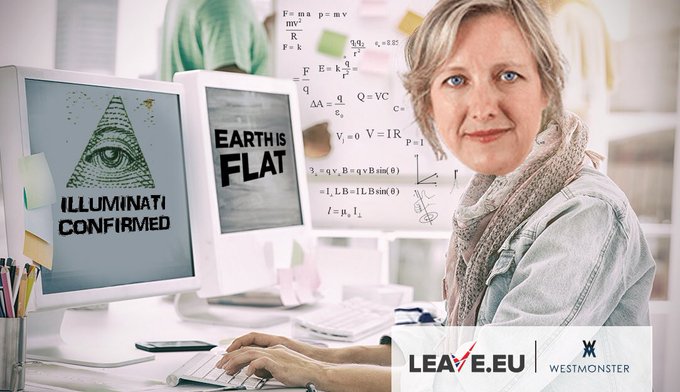 Some of the more lurid Russian conspiracy theories surrounding the Brexit referendum had included the suggestion that insurance tycoon Arron Banks, who founded the Nigel Farage-backed Leave.EU group which served as the Brexit campaign’s main player in terms of members and online reach, was secretly funded by Moscow.

Anti-Russia neoliberal commentator Edward Lucas expressed surprise that Banks had been able to profit from the purchase of “clapped out diamond mines” in South Africa and Lesotho, and alluded to “whispers floating round the shadowier corners of Whitehall and Westminster that Russia, a major producer of clarity enhanced diamonds, could have had something to do with this fortunate turn of events”.

Banks has made a point of publicly mocking any allegations of Russian interference, pointing out that the “series of investigations” behind the diamond mine conspiracy theory having been cooked up “by Open Democracy, a political website funded by none other than George Soros, an expert in ‘dark money’.”

The globalist financier recently pumped some $18 billion into his so-called “civil society” organisations — a sum which significantly exceeds the Internet Research Agency’s 97 cent spend on immigration ads before the Brexit vote — and keeps a list of hundreds of European Parliament members he deems “reliable allies”. 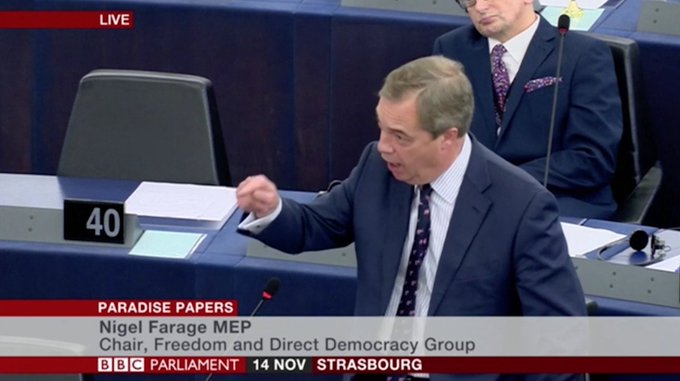 Nigel Farage has described the convicted insider trader‘s influence in Brussels as “truly extraordinary”, and suggested any investigations into political collusion should be directed at his network rather the Russian Federation.

“Open Society boasts that they had 42 forty-two meetings last year with the European Commission. They’ve even published a book of ‘reliable’ friends in the European Parliament and there are 226 names on that list,” he said recently.

“I fear we could be looking at the biggest level of international political collusion in history.”